So intense had the hatred gotten that Hércules Ayala had to be flanked by several other wrestlers; backup, should a mob of incensed fans rush him during the time it took him to get from the locker room to the ring.

Carlos Colón, the man who had carried WWC on his back for close to 15 years followed, the crowd showering him with cheers. When his name was announced, the cheers grew even louder, only outdone by the jeers Ayala received when he was given his introduction. Milking it for all it was worth, Hércules egged on the hostile crowd from the smoke-filled ring of the sold out Roberto Clemente Coliseum. For all the vitriol (and garbage) being thrown his way, it’s hard to believe that just 18 months prior, he was one of the biggest babyfaces in Puerto Rico.

Now, on January 6th, 1989, Ayala stood across the ring from Puerto Rico’s “chosen one”. This would be the culmination of a series of bloody, violent, matches exacerbated by an attack on Colón and his wife, Nancy Coates, at an award ceremony; a Loser Leaves Town Match to determine who would stand atop the WWC mountaintop.

Hércules took control early, busting Colón’s head wide open. Colón reciprocated to the delight of the bloodthirsty crowd, slamming Ayala’s head into a ring post, following it up with a ring bell to the head. With both men now covered in blood, chaos ensued. The crowd loved it, their volume a clear indication of the fever pitch the wrestlers had created.

After finding their way back into the ring, Colón and Ayala traded blows for a time, the massive Hércules ultimately gaining the upper hand and applying a Figure-Four Leglock to the babyface. For several minutes, it appeared Ayala would finish off Colón and force him out of the very territory he founded. Sensing the end, the crowd roared for their hero to make one last push. Hearing their cheers, Colón, covered in blood and exhausted, managed to turn over onto his stomach, reversing all the pressure of the hold back onto the legs of the mighty Hércules.

Screaming out in pain, Ayala fought to escape, but was unable to break the hold. After one final pull towards the ropes, he crumpled from the pain he’d endured, collapsing face first onto the mat. The referee signaled for the bell, calling for an end to the match. Carlos Colón had finally vanquished one of his biggest, most hated foes and all was right in the world of WWC once again.

The feud against Colón would be the last major one of Ayala’s long career, but it was hardly the first. Training under Angelo Savoldi after moving from Puerto Rico to Boston, Massachusetts in 1970, Hércules wrestled his way into the territory system, working for Vince McMahon’s WWWF before making his way back to Puerto Rico in the early ‘70s.

While doing a tour of Germany in ‘77, Ayala met Bret Hart and Dynamite Kid, who convinced him to come to Stu Hart’s Stampede Wrestling promotion. “In the beginning, I thought that Canada was a big place. I said that that was going to be good for me,” said Ayala in an interview with SLAM! Sports. “I was supposed to come only for six months, and I stayed eight years! A long time!” It was in Canada where he met his wife, Susan Cruz and they would spend the next 40 years together. Canada would also be where Ayala would win his first big championship gold, the Stampede International Tag Team Championship (w/ Jim “The Anvil” Neidhart). As two of the more powerful men in professional wrestling (Ayala was dubbed “The Strongest Man in Wrestling”), Hércules and Neidhart were a formidable duo, holding the titles for two months in late-1980.

A few months later, in January of ‘81, Ayala would once again acquire tag team gold, this time the Texas version of the NWA Tag Team Championships with Ali Mustafa. Their reign was short, as David and Kevin Von Erich beat them for the titles a month later and Ayala headed back to Stampede. “It was exciting [being in Stampede],” said Ayala. “Good matches, rough, solid. I enjoyed those matches and they were nice people — Bret, Jim, Dynamite Kid, Davey Boy. They were good people. That’s what I like and why I stayed so long.”

Stampede Wrestling wasn’t the only territory in Canada where Ayala would find success. He also wrestled for promoter Emil Duprée’s Atlantic Grand Prix Wrestling in the Maritimes, selling out small shows every night while battling Karl Krupp and Rick Valentine over the AGPW European and United States Championships. Though he never was able to win any gold in AGPW, he looked back on his time there fondly, saying, “Almost every night we got a full house, the little places were packed every night, everywhere. It was nice. I liked it up there”.

Save for short runs with NWA St. Louis (where he wrestled in a Battle Royal against a rookie by the name of Al Snow) and Central States Wrestling in late-’82, Hércules spent all of the next two years in Canada, intermittently tagging with Bret Hart and feuding with the likes of Ciclón Negro, Cuban Assassin and Francisco Flores.

Our Home And Native Land

By the Spring of 1984, Ayala was looking for a change. After going over to Japan and wrestling for three weeks for NJPW (doing well in New Japan’s Big Fight Series II), Ayala returned to Canada, wrestled two hard-fought matches against Bad News Allen, then headed back ‘home’ to Puerto Rico.

With his size and charisma, Hércules Ayala was an instant success in Carlos Colón’s World Wrestling Council. Going to battle against stars like “Nature Boy” Ric Flair and Randy Savage (whom Ayala defeated for the WWC North American Heavyweight Title), “The Strongest Man in Wrestling” quickly became a beloved babyface, rivaling even the popularity of Colón.

Now splitting time between Puerto Rico and Canada, Ayala’s popularity did nothing but grow. Wrestling for Lutte Internationale in Montreal, Quebec only further cemented his popularity after he defeated the hated David Schultz for the International Heavyweight Title in January of ‘87.  Warring against the likes of Jos LeDuc, the aforementioned David Schultz and Abdullah the Butcher, Ayala presented as almost superhuman in his ability to overcome the repeated assaults from such prolific monsters. “I wrestled so many times with [Abdullah],” said Ayala. “That’s a lot of bloody matches!”

After losing his championship in a Cage Match to Abdullah, Hércules returned to Puerto Rico to begin the blood-soaked feud for which he is best remembered. For the next 16 months, Carlos Colón and Hércules Ayala would beat, maim and damn near kill one another in some of the most violent matches the pro wrestling world has seen. Whether the matches were of the No Holds Barred, Fire, Barbed Wire, or Texas Death variety, one thing remained constant throughout: the violence.

The fans went ‘all in’ with the two wrestlers as well, turning out in droves and setting multiple attendance records in Puerto Rico.

Six months prior to Ayala and Colón finishing up their feud, Bruiser Brody was murdered by José González (Invader 1). The story has been told countless times (and won’t be repeated here), but what will be discussed is the fallout from the incident. Several stateside wrestlers refused to ever work for Colón again. A few of them even kept their word. More damaging, however, was the stain it put on WWC, costing the promotion and opportunity at selling pay-per-views to U.S. audiences. Additionally, Ayala and his manager Chicky Starr decided against a return to the promotion, distancing themselves entirely from Colón and his Capitol Sports Promotions.

Instead, Ayala and Starr joined up with Hugo Savinovich and Gloria Uribe in 1991 to form the Americas Wrestling Federation. With the WWC in a weakened state and the popular Ayala as its booker, AWF managed to steal away some of Colón’s roster. The wily Colón wasn’t about to go down without a fight, and after a few lean years, managed to recapture the hearts and minds of Puerto Rico. By 1993, AWF was out of business.

Ayala continued to wrestle off and on for the next decade, mostly in Canada where he called his permanent residence. He retired in 2004, but returned to Puerto Rico and the WWC in 2011 for its WWC Anniversary Card (which was dedicated to him). Hércules Ayala (born Rubén Cruz) passed away on January 22nd, 2020 at the age of sixty-nine due to a heart issue. He left behind a wife, five children and countless fans who mourn his death while celebrating his great life. 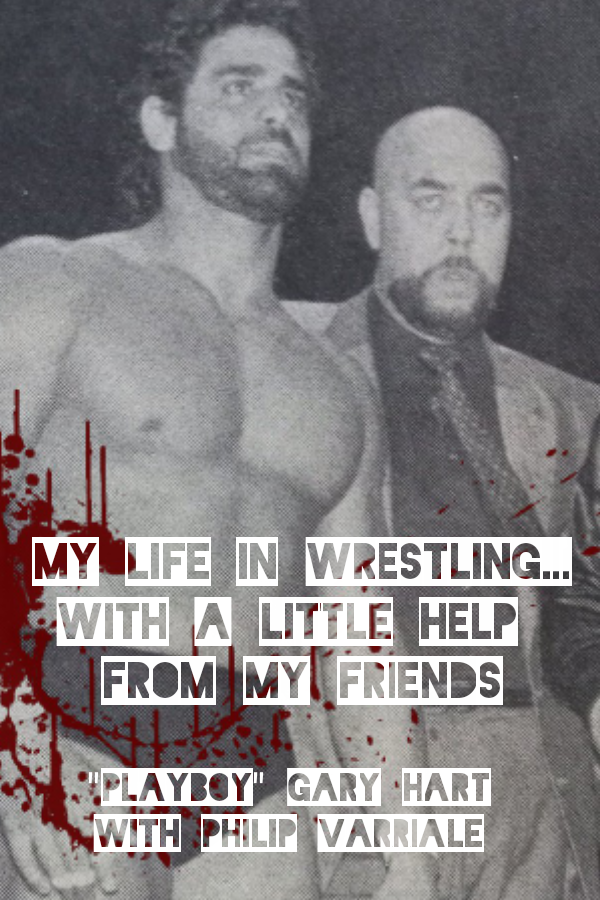